Iceland’s parliament has approved a boost to the country’s film production tax incentive, increasing it from 20% to 25%. 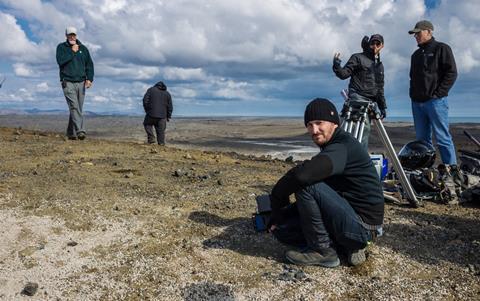 The new level will take effect from January 1, 2017 and the legislation has been renewed until 2021.

“With Iceland’s beautiful locations, post-production facilities, a new large scale film studio being prepared and hardworking crew members with a can-do spirit, Iceland will make for an even more attractive place for foreign productions.”

Leifur B. Dagfinnsson, chairman and founding partner of leading production services company Truenorth, told ScreenDaily: “It makes Iceland competitive again as a location destination and helps local productions in terms of their financing.

“This is a cash rebate on all costs incurred in Iceland - and if the above the line talents pay withholding tax in Iceland then producers and productions will get same rebate on their fees paid during the Iceland filming period.

Iceland has been a major player to attract foreign shoots in recent years, with its appeal only increasing after the economic collapse. It has become known not only for stunning locations but also highly skilled crews and sturdy infrastructure.

Norway had been the second Nordic country to introduce an incentive this year, a 25% rebate capped at $5.17m this year.