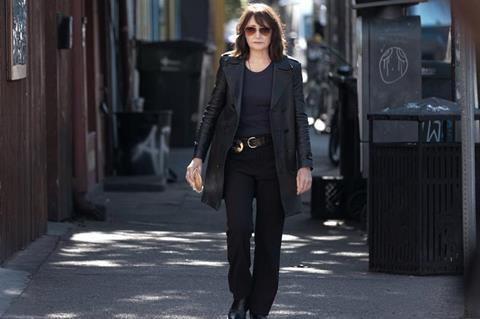 IFC Films has picked up US rights to the Patricia Clarkson detective noir Out Of Blue following its recent world premiere at Toronto International Film Festival.

Carol Morley wrote and directed the Martin Amis adaptation about a New Orleans homicide detective who investigates the shooting of leading astrophysicist and black hole expert in a case that shakes her view of the universe and herself.

IFC Films co-presidents Jonathan Sehring and Lisa Schwartz said, “With a fantastic lead performance by Patricia Clarkson, Out Of Blue is a highly cerebral and brilliant new addition to the film noir canon. We’re thrilled to bring Carol Morley’s film to audiences across the US.”

Morley added: “I am so happy that Out Of Blue has found such a warm welcome and home at IFC. For me it is my dream North American distributor. Many of the films that they have released over the years are films I love, by filmmakers that I am a fan of, so to join their ranks is a real honour.”

Head of Sales at Independent, Sarah Lebutsch, said “We are very excited to partner up again with the experienced and talented team at IFC, to bring Carol Morley’s vision combined with Patricia Clarkson’s incredible performance to audiences across America.”

Arianna Bocco, executive vice-president of acquisitions and production at IFC Films brokered the deal with CAA Media Finance and Independent on behalf of the filmmaker.