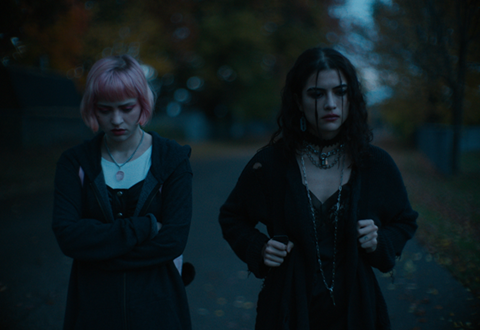 We Need To Do Something

IFC Midnight has acquired North American rights to Sean King O’Grady’s upcoming Tribeca premiere We Need To Do Something.

O’Grady’s feature directorial debut is written by Max Booth III based on his novella of the same name about Melissa and her family as they seek shelter from a storm and become trapped.

With no sign of rescue, hours turn to days and Melissa comes to realise that she and her girlfriend Amy might have something to do with the horrors that threaten to tear her family – and the entire world – apart.

We Need To Do Something will premiere in the Midnight section of Tribeca and IFC Midnight will release the film later this year in theatres and on demand.

Production and financing entity Hantz Motion Pictures is behind its first production, alongside producers Atlas Industries, Spin a Black Yarn, and A Bigger Boat.

“It requires incredible skill to be able to ratchet up that much tension from just a few very key ingredients, and Sean executes his debut with absolute precision and a much needed sense of humour,” said IFC Films president Arianna Bocco. “IFC Midnight is thrilled to bring this wildly entertaining yet disturbing chiller to audiences nationwide.”

Priscilla Ross Smith at The Coven handles all international sales.