Markus Imhoof could be set to make a return trip to the Oscars with his documentary More Than Honey. 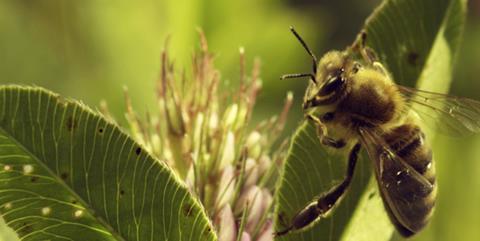 Switzerland has submitted the in-depth look at declining honeybee colonies for the Best Foreign-Language Academy Award.

If selected for the shortlist, it would mark the second time Imhoof has been nominated for an Oscar after being up for an Academy Award with drama Das Boot ist voll in 1982.

Speaking to Screen about the documentary, Imhoof said: “We hoped it would be a success and that maybe 50,000 people would see it. But it’s the most successful Swiss film of the past year and we’ve received 18 awards so far. I never thought tiny bees would have such an effect.”

The film-maker, who is also the president of the German-speaking documentary jury at this year’s Zurich Film Festival, said the success of More Than Honey has delayed him from work on his next feature.

“I have a fiction project I would love to write but I have no time to work on it as I’ve been travelling the world with the bees for more than a year,” he said. “It’s like having a crying baby and the bigger brother isn’t giving me any time for it.”

Speaking about the current state of the Swiss film industry, Imhoof said: “I think there are more directors per square mile in Switzerland than anywhere else in the world. There are a lot more people producing films compared to when I started [in the 1960s].

“The problem is that we have to link with other countries with co-productions and then there’s the problem of the language because no-one understands Swiss.

“It would be great to be like the Danish film industry, where they are shown all over the world. It’s a question of self-confidence of the country and the film-makers.”

In Zurich, the veteran director will take part in a masterclass where he will discuss his film-making.

He added: “Whether documentary or fiction, the narrative structure has to be able to reach audiences in the brain, the heart and the stomach.”