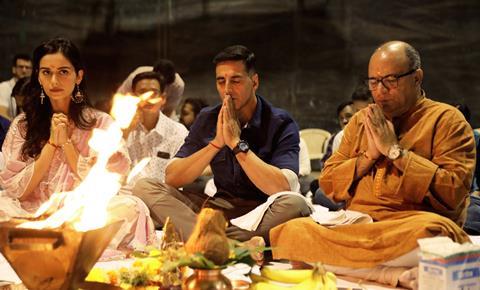 India’s major studios have started confirming release dates for their long-delayed theatrical titles as the country’s second wave of the Covid-19 virus continues to recede.

The string of announcements comes as the government of Maharashtra has also confirmed that cinemas will reopen in the state from October 22. Maharashtra, which contains the city of Mumbai, is one of India’s biggest theatrical markets, accounting for about 30% of national box office.

Reliance Entertainment’s Sooryavanshi, directed by Rohit Shetty and starring Akshay Kumar, will be one of the first big titles out of the gate, releasing on November 4 over the Diwali holidays.

Sajid Nadiadwala, the producer of ’83, has also announced three other upcoming releases – Tadap, starring Ahan Shetty and Tara Sutaria, on December 3; Bachchan Pandey, starring Akshay Kumar, on March 4, 2022; and Heropanti 2 with Tiger Shroff on May 6, 2022.

Ajay Devgn announced that aviation thriller MayDay, which he directed, produced and stars in alongside Amitabh Bachchan and Rakul Preet Singh, is scheduled for release on April 29 next year. T-Series’ Bhool Bhulaiyaa 2, starring Kartik Aaryan and Kiara Advani, has been lined up for March 25, 2022.