Two-time Oscar-winning American actress Jane Fonda has signed up to be the second narrator of epic documentary Women Make Film: A New Road Movie Through Cinema, the first part of which plays at Venice Film Festival this week. 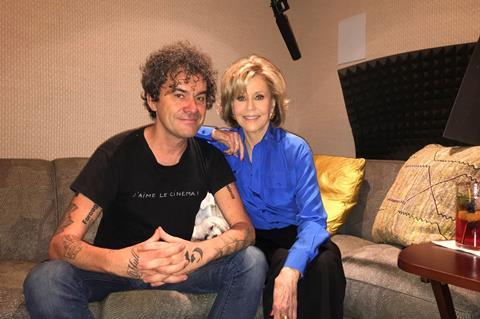 Tilda Swinton narrates the first four hours of the film, which premieres in the Venice Classics strand on Saturday (Sept 1) and will then travel to Toronto.

Mark Cousins directs the episodic project, which will be 16 hours long when completed in spring 2019. Producers are John Archer for Hopscotch Films with Swinton as exec producer. Dogwoof is handling world sales.

The film is an epic look at the history of cinema through the lens of female directors, from well-known names such as Agnès Varda and Jane Campion, to overlooked figures including Senegalese director Safi Faye, Iranian director Forough Farrokhzad, and Bulgaria’s Binka Zhelyazkova.

Jane Fonda said: “It is an honour and a thrill to narrate sections of Women Make Film and in the process, discover powerful and some hitherto unknown, films by women directors. With this historic film Cousins has given us a ground-breaking view of Women’s’ contribution to cinema.”

“We asked Jane Fonda to contribute to our film because she is one of the most credible people in cinema. She has been an internationalist for decades, and our film is passionately internationalist,” added Cousins.

”She’s radical, and our film hopes to be radical. The films that she produced, such as The China Syndrome and 9 To 5, used the medium to try to change things. That’s what we’re trying to do. Just as important is the Jane Fonda voice - recognisable, rich, emotional and authoritative. She is a one-take wonder, a dream to work with.”

Fonda won her two Oscars for Klute and Coming Home, she recently appeared in Netflix series Grace And Frankie.