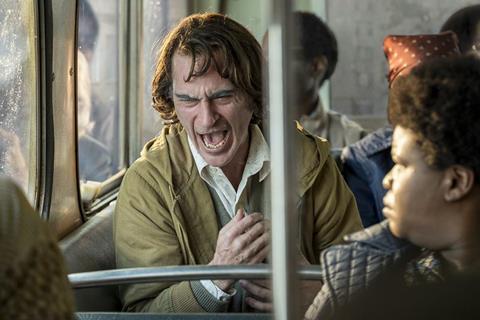 Phoenix, who has earned Oscar nods for The Master, Walk The Line, and Gladiator, stars in Warner Bros’ awards season prospect Joker, which will receive its North American premiere at TIFF following the world premiere in Venice.

The Golden Globe-winning star of Walk The Line has earned acclaim for other lead or key roles in films such as Inherent Vice, To Die For, The Sisters Brothers, Two Lovers, and Her.

“Displaying both raw instinct and consummate technical skill, Joaquin Phoenix is the complete actor, and one of the finest in contemporary cinema,” said TIFF artistic director and co-head Cameron Bailey. “Over three decades, he has brought a piercing truth to each groundbreaking role. TIFF is thrilled to be celebrating an artist of his calibre with this inaugural award. We can’t wait for Festival audiences to experience his electric turn in Joker.”

“We’re thrilled that the extraordinarily talented Joaquin Phoenix will be honoured at the TIFF Tribute Gala this September,” said TIFF co-head and executive director Joana Vicente. “His outstanding contribution to cinema acts as a testament to TIFF’s core mission to transform the way people see the world through film.”

The Mary Pickford Award, presented by MGM and honouring a female emerging talent in the industry in celebration of United Artists’ 100th anniversary, will be announced shortly.

The 44th Toronto International Film Festival is set to run from September 5–15.