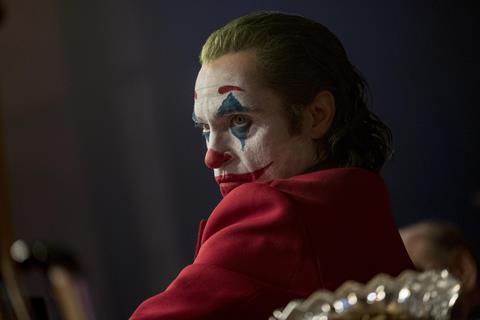 Todd Phillips’ Joker posted an outstanding £9.7m on its second weekend, with a drop of just 22% the best of any comic book-inspired movie in 2019.

Playing in 677 locations (up from 668 last weekend), the film took an average of £14,507, which would be an excellent average for a first weekend, and is even more impressive for a second session.

It is certain to end as Warner Bros. highest earner of the year.

However, all of those are franchise titles with a pre-existing fanbase. Different comparisons are with Wonder Park, which started with £822,515; and Missing Link, which opened to £642,050. These results suggest Abominable’s score is a decent one.

Former number one Downton Abbey is still performing well, falling 36% and holding a top five spot after five weeks with a £948,923 weekend. It is up to £25.4m, the ninth highest-grossing title of the year so far.

Ang Lee’s action film Gemini Man starring Will Smith started with £1.66m this weekend, with previews bringing it to £1.72m total. It had a £3,200 site average – the third-best in the chart after Joker and Abominable. 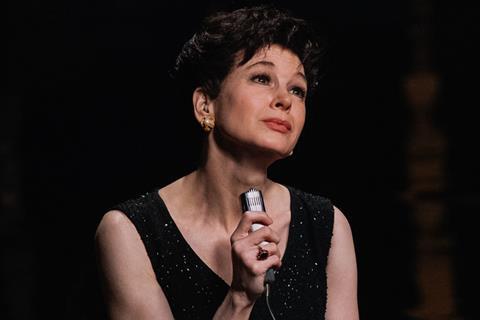 Judy fell a slim 27% on its second weekend, with £1.1m taking it to £4.7m to date. For comparison, this is a better second weekend hold than fellow music biopics Rocketman (53%) and Bohemian Rhapsody (40%), although they were coming from significantly higher first weekends.

Ad Astra dropped 67% on its fourth weekend, with £153,827 taking it to £5.9m. It has grossed significantly more than the UK gross of all director James Gray’s previous films combined (£3.4m).

Event cinema specialists Trafalgar screened Puccini’s Turandot – Met Opera 2019 on Saturday 12, with its £232,527 being the sixth-highest takings that day. It took £241,053 including encore screenings, which continue into this week.

Lulu Wang’s The Farewell added £46,448 on its fourth weekend to take it to £751,209. Barring a late surge it will fall short of the £1m mark, but this still represents a strong score for a low-budget Sundance title.

An event cinema release of Billy Connolly – The Sex Life Of Bandages, the popular Scottish comedian’s final stand-up tour, took £405,458 on Thursday 10. Encore screenings brought it to £435,442, with some sites still to report.