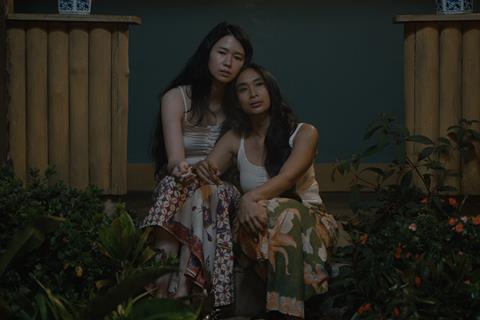 Before, Now And Then

A production grant of $15,000 has also been awarded to documentary Touch The Colour from the Philippines’ Baby Ruth Villarama (see full details below).

In addition, Andini’s upcoming period drama Before, Now And Then, produced by Ifa Isfansyah and Gita Fara, has been awarded a post-production grant of $50,000 in services.

Purin Pictures said that its autumn 2021 funding round had received interesting projects from all around the region, but in particular from Malaysia and the Philippines.

“We’re seeing that the high number of submissions from certain countries directly reflects the level of local funding available in those countries to support their filmmakers,” said Purin Pictures co-director Aditya Assarat. “Especially with higher-budget projects, the local funding needed to form the foundation of a multi-country co-production is crucial.”

A drama about Sam, a woman who must come to terms with her involvement in a massacre, and the disappearance of her boyfriend, who recruited her for the crime.

A thriller about a voyeur who shadows a young couple that just lost their baby, until a turn of events leads the hunter to become the hunted in a dangerous imitation game.

A comedy about a disillusioned filmmaker who battles strange forces hell-bent on destroying him as he embarks on the production of another soulless mainstream movie.

A comedy about a woman who returns from the dead as a ghost possessing the family’s vacuum cleaner to get rid of dust and protect her allergy-prone son.

A documentary about two sisters who have served 18 years in prison for kidnapping and their chance for parole, if only the boy’s mother will forgive them.

A period drama about Nana, who loses her family and her journey to build a new life as the wife of a wealthy older man in 1960s Indonesia.