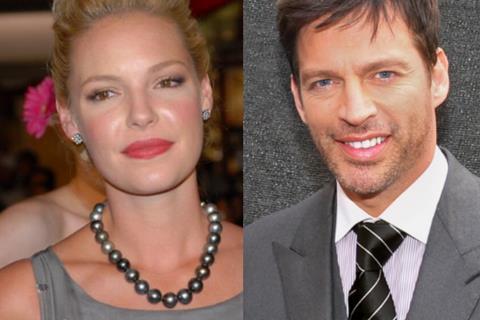 Katherine Heigl, Harry Connick Jr., and Madison Iseman have joined the psychological thriller I Saw A Man With Yellow Eyes.

Castille Landon will direct the film from his screenplay and production is scheduled to commence this week in the Florida locales of Tampa and St. Petersburg. Endeavor Content represents US rights.

I Saw A Man With Yellow Eyes centres on Rain, a schizophrenic teenage girl beset by terrifying hallucinations who suspects her neighbour has kidnapped a child. While her parents cover up their tragic secrets and try to help her live a normal life, the only person who believes her is Caleb – a boy she is not even sure exists.

I Saw A Man With Yellow Eyes is shooting in partnership with Film Tampa Bay and the St. Petersburg/Clearwater Film Commissions.

“I was truly taken by the heartbreaking story of I Saw A Man With Yellow Eyes,” said Harry Connick Jr. “Castille Landon has written a tremendous script and has proven to be a fabulous director, tirelessly searching for the most truthful and artful ways to tell this tale of mental illness. Castille and the incredible cast and crew have gone all-in to make the often-misunderstood world of schizophrenia a bit more familiar. It’s an honor to be a part of such a noble and artistic film.”

Added Heigl, “When this unique and thought-provoking project came my way I knew it was a story I desperately wanted to be a part of telling. Not only am I proud to be collaborating with a talented female director, a beautiful and talented young actress, and one of my all-time favorite male leads, but I get to be a part of telling a story that touches on themes I believe to be incredibly relevant and meaningful like mental illness, tragedy, grief, unconditional love and hope. I am honored and privileged to be a part of this film.”

“Having this phenomenal cast and crew come together to bring to the screen a film that is simultaneously entertaining and thought provoking, with the aim of opening a much needed dialogue about mental health, is a dream come true for me as a director and writer,” said Landon.

Heigl (Grey’s Anatomy, Knocked Up) recently filmed the comedy pilot Our House for Sony Pictures TV and CBS, and stars in the hit USA series Suits, which is scheduled to begin production on its final season this summer.

Connick Jr. (P.S. I Love You, Copycat, American Idol) launched the Emmy-nominated national daytime television show Harry in autumn 2016, and has earned Tony nominations on Broadway as a lead actor and composer/lyricist.

Iseman will play Rain Burroughs and her credits include the Jumanji, Goosebumps, and Annabelle series. Landon directed and sold her first two features for worldwide distribution with Sony and Netflix, and last year sold her TV comedy series Workers’ Comp to Media Rights Capital.