The Lego Movie retains lead at the UK box office 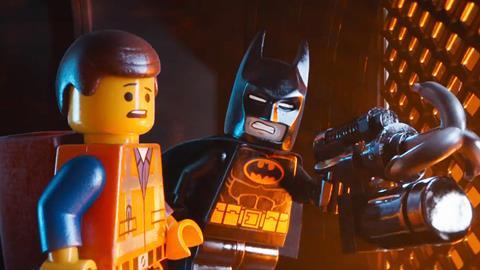 Everything is still awesome at the UK box office as The Lego Movie retained the lead for a second straight week.

Half term was always going to be big following Lego’s strong opening and so it proved, with Mon-Thurs grossing almost $13.3m (£8m). That means the film has already crossed the £20m mark and stands at $36.5m (£21.9m) to date.

As expected, it’s already co-directors Phil Lord & Christopher Miller’s best-ever UK performer and after this hold, it’s just a question of how big The Lego Movie can go in the UK.

Also enjoying a prosperous half term with almost $5m (£3m) banked on Mon-Thurs, Mr. Peabody & Sherman boosted 24% in its third weekend to climb to second.

In terms of recent DreamWorks Animation outings in the UK, this weekend sets it up nicely to overtake Turbo’s $19.7m (£11.8m) tally.

With a running total of $6.8m (£4.1m), the film is now George Clooney’s strongest-ever directorial performance in the UK overtaking The Ides of March’s $5.2m (£3.1m) result.

Flying up three places to third, Tinker Bell and the Pirate Fairy lifted 24% in its second weekend to take $2m (£1.2m), with 93.51% of its weekend gross coming from 2D screenings.

Dropping a slim 36% in its sixth weekend, The Wolf of Wall Street is set to become the UK’s highest grossing 18-rated film of all time.

Opening in 23 sites (six of which were one-off shows) through Peccadillo Pictures, the award-winning Stranger by the Lake posted a non-final UK debut of $59,000 (£35,404).

eOne’s We Are What We Are and Warner Bros’ Unforgiven are among the films receiving a limited release.