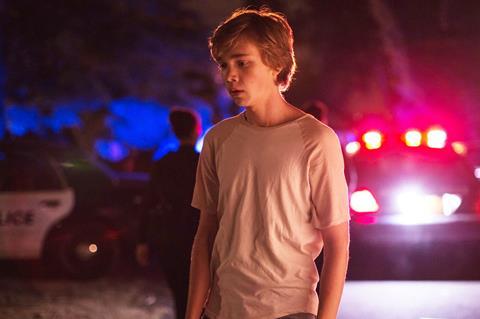 Les Arcs European Film Festival, running Dec 16-23 in the French Alps this year, has announced the line-up of it ninth edition.

Festival co-founders and co-chiefs Pierre-Emmanuel and Guillaume Calop said jointly that the event’s European focus was more relevant than ever amid the current political upheaval across the region and beyond.

“In the face of these tectonic shifts, the feeling of ‘being European’ has been reinforced and a European path makes more sense than ever in today’s world,” they said.

“This path revolves around a respect for culture, humanist values, openness and exchange, but also a need for regulation,” they added, referring to the need to protect European cultural diversity in the age of global players like Netflix, iTunes and Amazon.

A total of 120 European films, selected by artistic director Frédéric Boyer, will play over the international competition and a half a dozen sidebars including Playtime, Hauteur and the genre-focused Snow Frayeurs (Snow Scares).

Ten titles will compete for the Crystal Arrow.

Ranging from Iram Haq’s What Will People Say, revolving around a teenage girl caught between her Pakistani roots and Norwegian upbringing; to Andrew Haigh’s US-set, Franco-UK produced Lean On Pete; Iranian-born, Sweden-raised, Denmark-based director Milad Alami’s The Charmer, a psychological drama about migration and loneliness; Vienna-set period drama Mademoiselle Paradis and World War Two drama The Captain, the selection offers an interesting snapshot of the diversity of the European cinema scene today.

Norwegian-Pakistani director Haq will also be at the festival as the latest recipient of the Les Arcs’s Femme de Cinéma honorary award for a female director, producer or actress deemed to be emblematic of European cinema.

The festival has also expanded the New Women Of Cinema sidebar, which it ran for the first time in 2016, into a lab programme comprising four workshops running over the year up to the festival.

The initiative is in partnership with The Sisley Foundation, Elle magazine and Le Deuxième Regard, a French pressure group campaigning for more equality in the film industry for women.

Three of the workshops have already taken place in Paris. The fourth and final workshop for this year’s cycle will take place during the festival.

As part of the same initiative, French film-maker Noémie Lvovsky will also give a masterclass about the place of women in cinema on Dec 18.

In a timely focus, given the ever deepening ties between France and Germany in the era of Brexit, the festival’s country of honour this year will be Germany.

A dozen German films – both new and old - will play across the festival including Jan Schomburg’s 2011 drama Above Us Only Sky, Maren Ade’s 2009 second feature Everyone Else, and Jan Speckenbach Freedom, the tale of a woman who inexplicably walks away from her family which premiered at Locarno.

As part of the German focus, national cinema promotional bodies Unifrance and German Films will hold the 15th Franco-German Film Meetings within the framework of the festival, from Dec 18-20.

French and German professionals will discuss cooperation as well as the challenges facing both their respective films industries. For the first time in the history of the meetings, a third-party country has been invited to the table in the shape of Poland.

The festival’s industry programme led by the Co-Production Village and Works-in-Progress sidebars will run Dec 16-19.

The festival will also host the annual meeting of France’s independent distributors body DIRE for the ninth time from Dec 13-17.

As well as debating key issues impacting the distribution sector, the participants will also screen a selection of films due to be released in France over the coming months.

Details of the projects and titles in Co-Production Village and Works-in-Progress sidebar will be announced later this month.