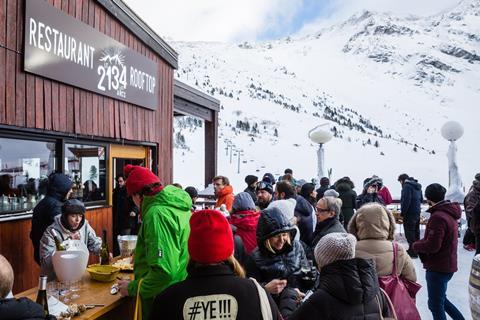 The annual industry event designed to help projects find international sales agents, distributors and festival premieres will run on Sunday, December 11 as part of the Industry Village at the 13th edition of the festival (December 11-19).

The Permanent Picture is Ferrés’ first feature after winning the 2017 Cannes Critics Week short film prize for The Disinherited. The film is a co-production between Spain’s Fasten Films and French-UK outfit Le Bureau and is still without an international sales agent. It is co-written by director Carlos Vermut, whose Magical Girl won San Sebastian’s Golden Shell in 2016.

Ferrés has described the film about a casting director on a mission to find a ‘normal’ person to take part in a political campaign as a “depressing comedy.”

Excerpts from each film will be screened for industry professionals including sales agents, distributors and festival programmers followed by an awards ceremony the following day.

French distributor Jour2Fete and international sales company The Party Film Sales will host an out of competition screening of Icelandic director Ninna Palmadottir’s Solitude (working title). The film was first presented at Les Arcs Co-production Village in 2021 where it won the ArteKino International prize. Also screening out of competition in the section is Belgian director Koen Mortier’s Skunk, produced by Czar Film and Baldr Film and presented at the event in partnership with Flanders Image.

The Industry Village events at the snowy mountain destination also include the Co-Production Village and the Talent Village for projects in development as well as the Music Village.

Previous selections in the Les Arcs Work in Progress strand include Lukas Dhont’s Girl, which went on to win four awards at Cannes 2018 and last year’s work in progress feature David Wagner’s Eismayer (Austria) that will screen as part of Les Arcs festival’s Official Competition this year. Veerle Baatens’ When it Melts also screened at the 2021 event. The Belgian filmmaker and actress will be honored at the upcoming 2022 event complete with a masterclass and screenings of her work.