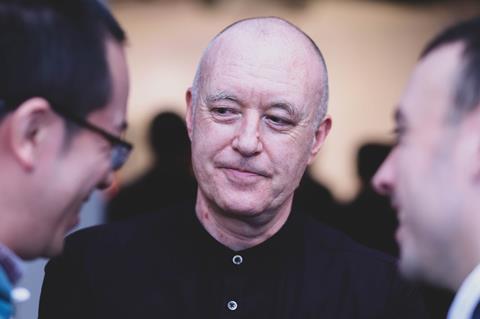 Tom Abell, founder and managing director of the UK’s Peccadillo Pictures, was presented last night (April 11) with the inaugural Iris Fellowship, honouring those who have made a significant contribution to the LGBT+ film industry.

The award is an extension of the Iris Prize, which awards £30,000 annually to the best short film shown at Cardiff’s LGBT+ Iris Prize Film Festival, with entries selected by multiple international partner festivals, and £20,000 to the best British short. The prizes are supported annually by a £50,000 donation by the Michael Bishop Foundation.

Abell launched Peccadillo Pictures in 2000, distributing world cinema alongside LGBT titles. The company scored a breakthrough in 2011 with Andrew Haigh’s Nottingham-set gay drama Weekend, overcoming initial scepticism from UK cinemas and grossing £222,000. The success paved the way for films such as Francis Lee’s God’s Own Country, distributed in the UK by Picturehouse Entertainment.

Also included in the montage were Sauvage director Camille Vidal-Naquet, Theo & Hugo directors Olivier Ducastel and Jacques Martineau and Two Of Us director Roger Tonge – who collectively praised Abell for his “kindness”, “passion for cinema” and “generosity”.

In accepting the award, Abell spoke also of the challenges facing an LGBT distributor, even in the UK today, lamenting hostile social media comments directed at current Peccadillo release A Deal With The Universe, Jason Barker’s documentary about his own experiences as a trans man putting his gender reassignment on hold in order to carry and give birth to a baby.