Separately, Films We Like acquires Lucky, plans simultaneous release in Canada with US distributor Magnolia. 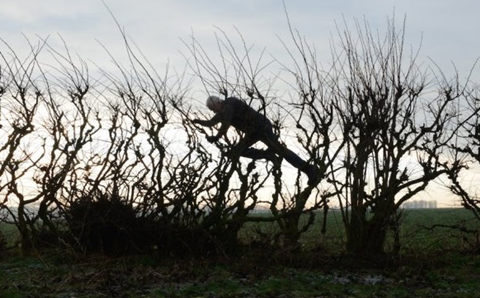 Magnolia Pictures has picked up US rights from Mongrel International to Thomas Riedelsheimer’s Leaning Into The Wind.

Leaning Into The Wind journeys into the hillsides, terrains, and other outdoor spaces where Goldsworthy feels most at home, from urban Edinburgh and Glasgow to the south of France and New England.

“Thomas has crafted another extraordinary film in Leaning Into The Wind,” Magnolia president Eamonn Bowles said. “Not only is it a visual masterpiece, it’s also one of the most fascinating character studies I’ve seen in years.”

“Fifteen years after Rivers And Tides, San Francisco again provided such a warm and enthusiastic welcome,” Riedelsheimer said. “I am happy to have premiered Leaning Into The Wind there and very excited to partner with Magnolia on sharing the film with audiences across the country.”