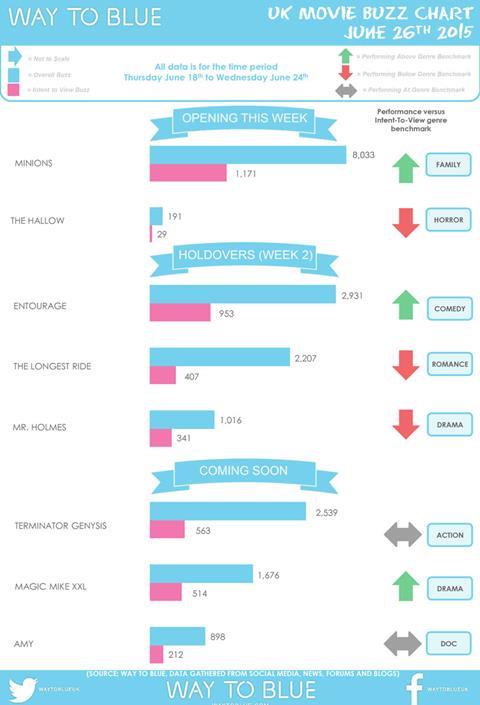 Last week Minions generated the most social media interest with over 8,000 comments across various online sources, according to marketing and communications firm Way To Blue.

Almost 15% expressed “intent to view” (ItV), suggesting they would see the film in a cinema, and this contributed to a chart-topping opening of £10.2m, knocking Jurassic World of its lofty perch in the process.

This more than doubled the social buzz of Entourage, which had a little below 3,000 mentions (33% ItV) ahead of its second week in UK cinemas.

Ranked third was Arnold Schwarzenegger’s return to the Terminator franchise, Terminator Genysis, which recorded more than 2,500 comments (22% ItV) in the build up to its opening this weekend.

In fourth was holdover romantic-drama The Longest Ride, which clocked up around 2,200 (18% ItV).