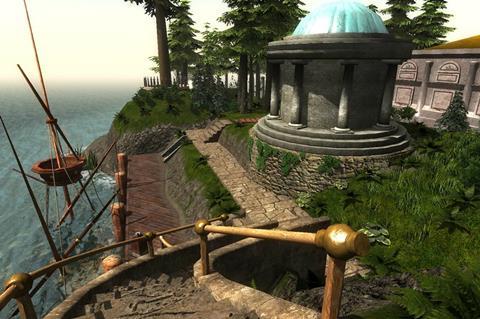 The company plans to expand the game’s mythology and develop a multi-platform universe that covers film, scripted and unscripted television content.

The first-person game was created by Rand and Robyn Miller through their Cyan and launched in 1993, earning wide popularity for its mystery-adventure format.

Set in a world with more than 10,000 years of history, Myst chiefly follows saga Atrus, the brilliant grandson of Anna, who triggered a world-shaping chain of events when she discovered the D’ni civilization in a cavern deep below the New Mexico desert. The D’ni have a unique ability to write books that can link to other worlds.

Up until 2002, Myst was the best-selling PC game of all time, and has sold over 15m copies worldwide, spawning the Riven sequel in 1997. A series of novels were also published.

Village Roadshow will develop and produce content alongside Rand Miller and his youngest brother Ryan Miller, as well as Isaac Testerman and Yale Rice at Delve Media.

Under the direction of controlling shareholder Vine Alternative Investments, VREG recently set a mandate with the appointment of CEO Steve Mosko to transform into a broad content creator with an emphasis on television, streaming and other emerging platforms.