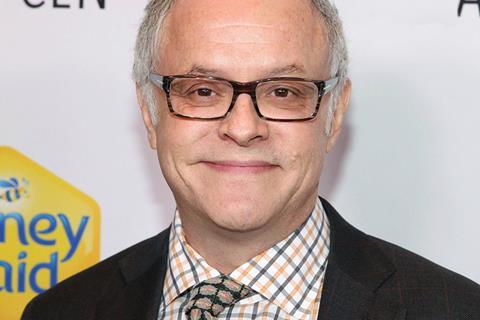 Netflix has ordered a third season of Designated Survivor, the Keefer Sutherland political drama series from Entertainment One (eOne) that ran for two seasons in the US on the ABC broadcast network before being canceled earlier this year.

The 10-episode third season, set to start production this year for a 2019 launch, will premiere around the world as a Netflix original. The streaming giant has also picked up rights to the first two series for the US and Canada.

Under The Dome and ER producer Neal Baer (pictured) will serve as showrunner and serve as executive producer on the third season for eOne. Other executive producers will be series creator David Guggenheim, Mark Gordon, Sutherland, Suzan Bymel, Simon Kinberg, Aditya Sood and Peter Noah.

The new season will explore the world of political campaigning and ‘fake news,’ as Sutherland’s President Kirkman character hits the campaign trail.

Over its first two seasons, Designated Survivor was a relatively rare example of a US broadcast network scripted series distributed internationally by an independent (eOne) rather than one of the major Hollywood studios.

Commenting on the Netflix deal, Gordon, who earlier this year became eOne’s president and chief content officer, film, television and digital, said: “The continuation of the show via Netflix is a win-win for all involved. The story of President Kirkman and those around him has not been fully told and we look forward to working with our new partner in continuing the show for a global audience.”

Sutherland added: “I am thrilled to have the opportunity to play President Kirkman for season three of Designated Survivor with Netflix, eOne and Neal Baer. I believe this format will allow us to continue to delve deeply into storylines and issues concerning the American electorate that were not previously possible.”

Netflix vice-president of content Bela Bajaria said: “Timely and gripping, Designated Survivor has quickened the pulses of our Netflix members outside the US and Canada in its first two seasons. The international audience for the show drove our interest to bring the show to the world as a Netflix original for its third season and we are excited to bring the first two seasons to our US and Canadian members as well.”