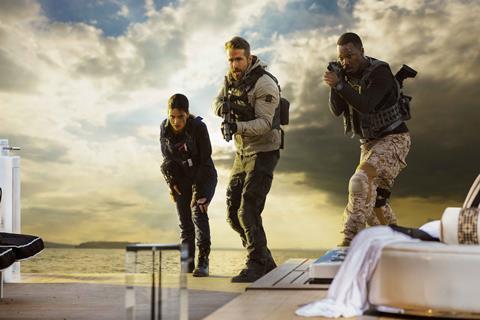 Michael Bay’s Netflix action thriller 6 Underground has become the first movie to receive a 30% rebate from the Film In Malaysia Incentive (FIMI) for visual effects.

Malaysia has operated a locations incentive programme for film and TV production since 2013, but according to a statement, this is the first time that an international production has tapped the subsidy for post-production visual effects.

FIMI, which is operated by the National Film Development Corporation Malaysia (FINAS), offers the 30% rebate on a total qualifying Malaysian production expenditure of $1.2m (MYR5m) for production (inclusive of post-production), or $360,000 (MYR1.5m) for post-production activity.

6 Underground qualified through using Base Digital Production, a Malaysian subsidiary of Beijing-based Base Media, for around 90 visual effects shots. The film, starring Ryan Reynolds and produced by Bay Films and Skydance Media, was released by Netflix in December 2019 and has been reportedly viewed 85 million times.

Base, which also has offices in Los Angeles, Xiamen and Wuxi, has a long-standing relationship with Industrial Light & Magic (ILM). The company is gearing up to release its first full-length animated feature, Wish Dragon, co-produced with Sony and Tencent

“The film 6 Underground was the first major project in our Kuala Lumpur studio, and has allowed us to build a talented local creative team and an experienced local management team. We are excited for the opportunities ahead as the film business normalises. Base will continue to invest in local Malaysian talent,” said Base Media founder and CEO Chris Bremble.