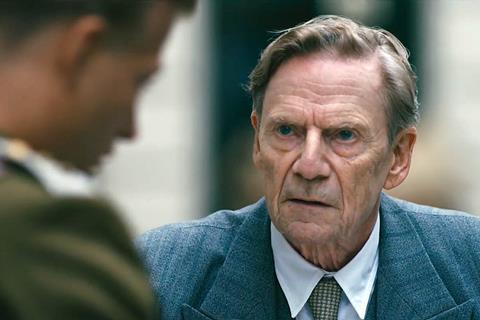 Australia’s Odin’s Eye Entertainment (OEE) has closed a brace of distribution deals for Danish box office hit Into The Darkness.

The war drama, directed by Anders Refn, has been picked up by Kaleidoscope Film Distribution for UK and Rialto Distribution for Australia and New Zealand. Both are planning to release the film theatrically, subject to the ongoing easing of Covid-19 restrictions.

The UK deal was negotiated by OEE founder Michael Favelle and Kaleidoscope CEO Spencer Pollard while the ANZ deal was handled by OEE head of sales Martin Gallery and Rialto CEO Kelly Rogers.

Set in 1940s Denmark, the family saga is set against the backdrop of the Second World War and is directed by Refn, father of director Nicholas Winding Refn (Drive) and a prolific editor who has previously worked with Lars von Trier on features ranging from Breaking The Waves to Antichrist.

Into The Darkness is produced by Lene Borglum and Nicholas Winding Refn’s Space Rocket Nation. It sat at the top of the Danish box office for four weeks earlier in the year, where it was distributed by Scanbox and recorded almost 300,000 admissions, outperforming major studio titles such as 1917 and Bad Boys For Life.

Odin’s Eye launched sales on the film at Berlin’s European Film Market in February and has been discussing the feature with buyers at this week’s virtual Cannes market.

Following its success, Refn will return to direct a sequel, which is set to be released in early 2022.