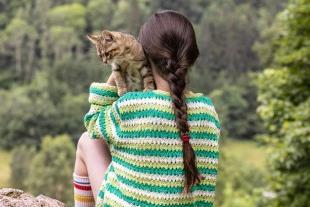 Orange Studio has sealed a raft of deals at the European Film Market on the French-language, live-action family film A Cat’s Life, following the adventures of a city kitten when he heads to the countryside for the summer holidays with his young owner.

Adapted from the classic novel by late French writer Maurice Genevoix, the film revolves around a kitten called Rroû and his young owner Clemence.

The film is the debut fiction feature of Guillaume Maïdatchevsky after his hit wildlife documentary A Reindeer’s Journey, which followed a young reindeer called Aïlo makes the perilous trip across Lapland with its mother.

Orange Studio, the film and TV arm of French telecoms giant Orange, is on board as a co-producer and holds all sales rights to the film, across theatrical, VoD and international.

Canal+ and Ciné+ have pre-bought the film. Orange Studio will release the film in France via distribution partner UGC in early 2023.