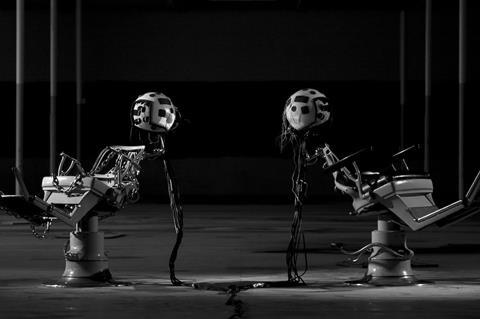 Oration will launch international sales and festival promotion on the Croisette next week on the story of Joel, a tech venture capitalist presented with a ground-breaking virtual reality proposal shortly after one of his ventures collapses in disgrace.

The proposed technology would allow the wealthy elite to spend time in the shoes of those less fortunate than themselves. As Joel leans more about the VR, he reaches the point where he must decide what he cares most about.

“The Rigel Films team have created a timely concept that acts as a cautionary tale for our society with Empathy, Inc,” said Michael Repsch of Dark Star. “Their visually striking aesthetic announces them as filmmakers to watch and Dark Star is thrilled to bring their work to audiences.”

Oration Films’ Timothy O’Brien added, “This unexpected and creepy concept gets to the heart of contemporary issues with a nail-biting story in an up-to-date noir style.”

“We are thrilled that Empathy, Inc. has found homes with Dark Star Pictures and Oration Films,” said Gorsetman. “Michael and Tim are extremely passionate about bringing bold, thought-provoking filmmaking to audiences, and we are humbled to be a part of their slate.”

Michael Repsch of Dark Star negotiated the North American deal with Josh Goldbloom of Cinepocalypse. Oration brokered the international deal with the filmmakers.