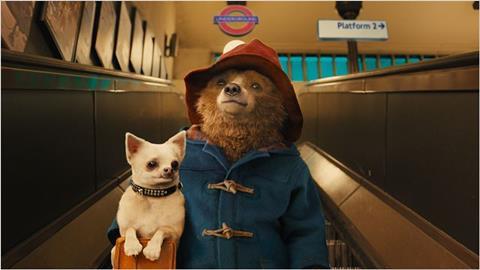 The big screen adaptation of the marmalade-loving bear has surpassed Non-Stop’s worldwide haul of $236m to stand at $241m, which includes an estimated $171m from international territories and $70m from the US, and makes it the highest grossing family title of all time released by a non-US studio.

In StudioCanal territories, the UK leads the way with just over $57m (£37m) while France and Germany will end up around 3m and 2m admissions, respectively.

Other highlights include a $7m combined total in Russia and Ukraine, a $6.3m total in Scandinavia and more than 2.4m admissions in 15 Latin American territories.