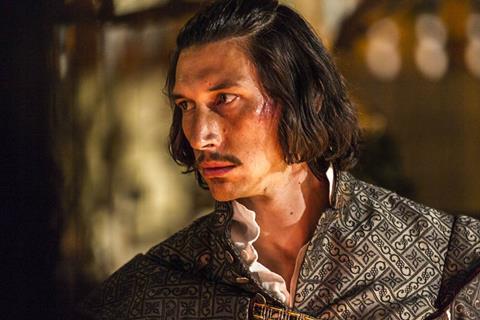 The war of words around the legal dispute between producer Paulo Branco and Terry Gilliam as well as the Cannes Film Festival over the rights and the upcoming premiere of The Man Who Killed Don Quixote fired up again on Monday evening (April 30).

Branco and his lawyers issued a tough rebuttal of an earlier statement by the Cannes Film Festival condemning the Paris-based Portuguese producer’s move to seek an injunction to halt a screening of the disputed picture as its closing night film on May 19, accusing him of “allowing his lawyer to use intimidation and defamatory statements.”

“The Cannes Film Festival is not above the law and the virulence and aggressiveness of its tone will not change anything,” read the statement issued by Branco, Claire Hocquet, the lawyer for his Paris-based Alfama Films Productions, and his son and lawyer Juan Branco. “Paulo Branco does not use any method of intimidation by seizing justice to enforce his rights.”

The statement reiterated the fact that three court rulings had confirmed the exclusive rights of Paulo Branco and Alfama Films Production to The Man Who Killed Don Quixote, adding that these rulings prohibited any exploitation or display of the film without the agreement of Branco.

“The exploitation of the film is impossible in the absence of an operating visa that the CNC (National Cinema Centre), for its part respectful of the law, cannot deliver,” the statement continued. “The Cannes Film Festival decided to override the court decisions that had been brought to its attention and that is why it is being sued.”

The Cannes Film Festival said in a statement on the dispute earlier on Monday that it would continue “to stand on the side of filmmakers and in particular on the side of Terry Gilliam.”

Branco’s lawyers said the festival’s comparison of Gilliam’s situation to that of directors who are “victims of repression and censorship in their countries” smacked of “indecency”.

The statement also highlighted Branco’s role in helping to bring The Man Who Killed Don Quixote to fruition.

“The Cannes Film Festival also clearly forgets that without the producers, who take all the economic risks, neither the films nor the festival would exist,” read the statement. “For sixteen years from 2000 to 2016, Terry Gilliam did not find any producer willing to revive his project. If this film exists today, it is thanks to the work and investments made by Alfama Films Production and Paulo Branco, when no one believed in this film anymore.”

A court hearing related to the Cannes Film Festival screening of The Man Who Killed Don Quixote is due to take place on May 7. The Paris Court of Appeal is due to issue a final ruling on the case on June 15.