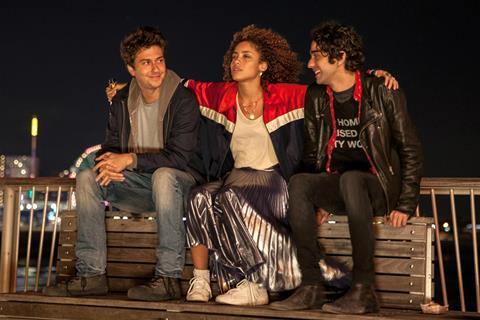 Draper also wrote and directed Stella’s Last Weekend, which STELLA’S LAST WEEKEND follows Jack (Nat Wolff) as he returns home to Queens for the weekend to celebrate ailing family dog Stella’s final days, and realises that his brother Oliver (Alex Wolff) is dating the girl (Singer) who previously dumped him.

“It was a complete family project — my dog, my husband [composer Michael Wolff], my sons, and me,” says Draper. “So if you don’t like our family, do not see this movie.”

Paladin and The Orchard released the film in select US theatres on October 12. PEG President and CEO Elias Axume and Carlos Rincon, vice-president of acquisitions, negotiated the deal with CAA.

PEG has also acquired worldwide rights to British rom-com Boogie Man starring Kush Khanna, Amy Jackson, Aston Merrygold, and Jerry-Jane Pears. The story centers on a teenager who falls for a model he met at a 1970s-themed event in London.