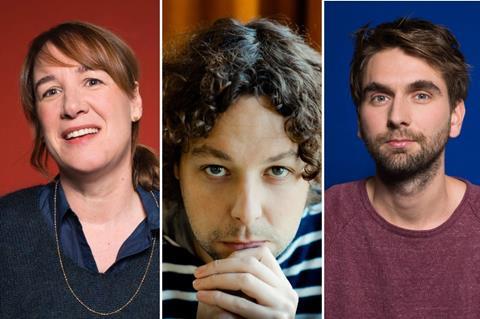 Leading Dutch production outfit Lemming Film has teamed with Belgium’s A Private View to launch a new joint venture and has lined-up its first three projects.

Lemming Film Belgium will aim to attract international co-productions and broaden the offer of high-quality series and films made in Belgium. The company, based in Ghent, will be run by Lemming CEO Leontine Petit and producer Erik Glijnis alongside Flemish producer Dries Phlypo of A Private View.

Three projects are set to go into production under the new banner from early 2022, comprising two features and a TV drama series. Further details have yet to be revealed.

Going forward, Lemming Film Belgium will co-produce features and TV drama series and has the potential to tap funding both from the Belgian Tax Shelter and the Netherlands Film and TV Production Incentive.

Phlypo, who has been a partner and producer at Ghent-based A Private View since 2004, said he hoped the move would ensure it would play “more of a role in bigger international co-productions”.

Lemming producer Glijnis told Screen that the aim was to make the new company the “key player in Belgium and the Netherlands for minority coproduction”.

Petit, who created Amsterdam-based Lemming Film in 1995, added: “To stay independent, we all need to strengthen our finance and production opportunities and we believe that working together is the way to do this.”

Upcoming projects from Lemming Film include Ena Sendijarevic’s Sweet Dreams and Lucrecia Martel’s Chocobar, both of which are in pre-production.

Features in the pipeline from A Private View include Vasilis Katsoupis’ Inside, starring Willem Dafoe, and TV drama series Storm Lara by Kadir Balci. Both are in post-production. Further titles include Jacqueline van Vugt’s Crossing, which recently wrapped shooting in Croatia; Domien Huyghe’s Sea Sparkle, set to film later this summer; and Anke Blondé’s Dust, which is in financing.