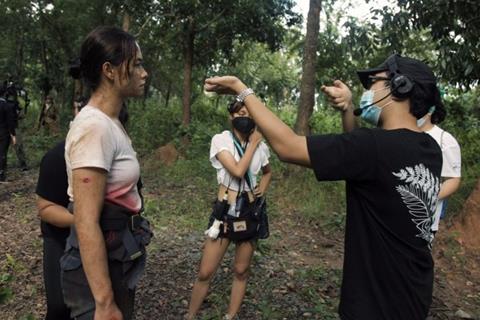 Maja Salvador stars in the story of a policewoman who, in order to escape her captors, must retrace the route of the Bataan Death March, when the Japanese Army force-marched tens of thousands of American and Filipino Second World War prisoners. Mon Confiado also stars.

Philippines production company Ten17P, whose credits include Lav Diaz’s A Lullaby To The Sorrowful Mystery and Paul Soriano’s Mananita produced.