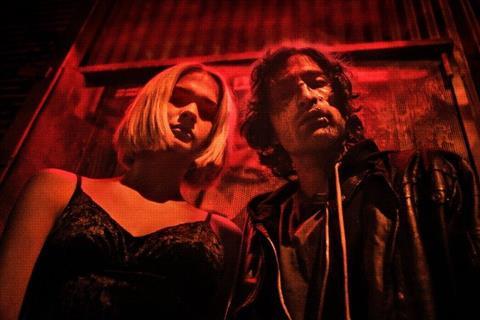 The film is about a woman who causes a young man to set off on a path of revenge and destruction when he falls for her. Unified Pictures’ Keith Kjarval has written the script and is producing.

Kjarval said, “Whisper is about two young lovers, fuelled by sex, drugs, and the very alluring world of high fashion, as they fall hard into love while enjoying a wild ride through an LA most never get to see. It quickly shifts into a dark and violent fever dream.

“At the centre of the film is the rarest of artists in Joey Bicicchi, the breathtakingly talented Maia Mitchell, and a massively gifted new voice in director Azi Rahman.”

Jon Keeyes directed the film about a single father and former Marine who finds himself trapped with a group of innocent customers inside his stepfather’s store.

Red Sea’s slate also includes the thriller The Survivalist with Jonathan Rhys Meyers and Malkovich; Confession starring Michael Ironside; LGTBQ+ horror The Retreat; and thriller Deep In The Forest, about a near-future civil war between the American right and left.