The head of the distributor behind the Nina Simone biopic has responded to a growing furore over the suitability of Zoe Saldana to play the celebrated singer and Civil Rights activist. 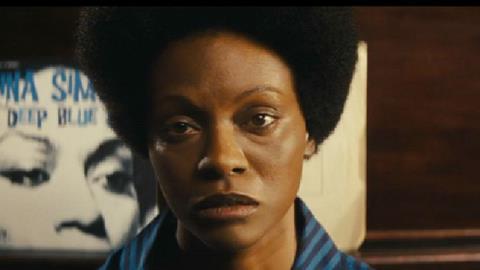 Saldana has come under fire from Simone’s daughter Lisa Simone Kelly, among others, after a trailer appeared of the actress with blackened skin.

The trailer added fuel to a fire that took hold in 2012 when images first appeared of Saldana in make-up as Simone.

Ever since the actress stepped in to replace Mary J Blige, who pulled out due to scheduling changes, she has drawn the ire of Kelly and representatives of the family.

They claim she is too light-skinned to play the classically trained concert pianist and performer who died in 2003.

Kelly wrote that while she liked Saldana, she felt nobody was suitable for all roles. She has said she views Viola Davis or Kimberly Elise as more suitable.

Even Saldana herself has expressed doubt over her casting, telling In Style in a 2015 interview: “I didn’t think I was right for the part and I know a lot people will agree; but then again, I don’t think Elizabeth Taylor was right for Cleopatra either.”

On Thursday RLJ Entertainment head Johnson had this to say: “Zoe Saldana delivers an exceptional and mesmerising tribute to Nina Simone. She gave her heart and soul to the role and displayed her extraordinary talent.

“The most important thing is that creativity or quality of performance should never be judged on the basis of colour, or ethnicity, or physical likeness. Quality entertainment should be measured by the sheer force of creativity and the commitment that an actor or actress brings to the performance.

“We are proud to distribute the film headlined by Zoe Saldana and David Oyelowo on April 22, 2016.”

Simone was the subject of the recent Oscar-nominated Netflix documentary What Happened, Miss Simone?