UPDATED: The widely admired former president of Fox International Productions has been named president of international film and television at Sony in a huge boost to the studio’s global co-production and local-language ambitions. 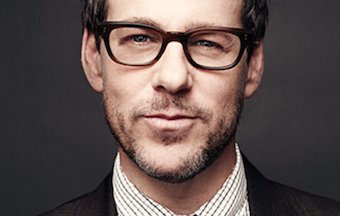 Los Angeles-based Panitch will start work on June 2 once he has seen out his contract at Fox. He will resume his collaboration with Tom Rothman, the recently appointed chairman of Sony Pictures Entertainment motion picture group who is charged with expanding Sony’s worldwide film platform and under whom Panitch worked for two decades.

Sony Entertainment CEO Michael Lynton made the announcement on Monday, saying: “Sanford is a talented and strategic senior executive with an exceptional career working with a wide range of international productions and talent.

“There is tremendous growth potential in the international and local language markets, and we are thrilled to have someone with Sanford’s experience join our team.”

The pipeline generated more than $900m since inception six years ago and was a pioneering business model in Hollywood, where no other studio came close to dedicating a team to exploiting local stories in specific territories.

My Name Is Khan in India, Dragon Ball Z in Japan and What A Man and You Are The Apple Of My Eye in Germany are among the hits that emerged from FIP.

“I’m honoured to join the SPE team at this pivotal moment in the studio’s history,” said Panitch. “I am eternally grateful for my years at Fox working with Jim [Fox Filmed Entertainment chairman and CEO Gianopulos] and all my longtime colleagues.

“This new role comes at a time of unprecedented change in the international marketplace especially in television; it’s a wonderful and unique opportunity to work with Steve Mosko, his outstanding organisation and again with my friend Tom Rothman.”

Prior to setting up FIP Panitch served as president of filmed entertainment at New Regency and evp of production at 20th Century Fox.