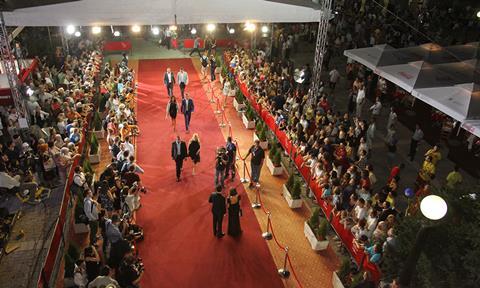 Showcasing television series in development, the aim of the initiative is to bolster regional TV production.

The projects will be shown to European and regional broadcasters, VoD and SVoD Operators, and will include an open pitch session followed by one-on-one meetings.

This year will also see the introduction of a new development award - a €10,000 cash prize sponsored by Film Centre Serbia.

The jury awarding the prize will consist of Meinolf Zurhorst, Tatjana Andersson and Giacomo Durzi, who will select the most promising project out of the six chosen.

Jovan Marjanović, Sarajevo’s head of industry, commented: “We were excited to get so many submissions for the new drama series. The projects that have been selected promise to bring a new chapter to regional screens. The potential is obviously there, and so is the interest from the broadcasters. We want CineLink Drama to be a must-attend event for everybody in the business of quality TV drama in this region.”