ScreenDaily Talks: How deals, contracts and business affairs are changing in 2021 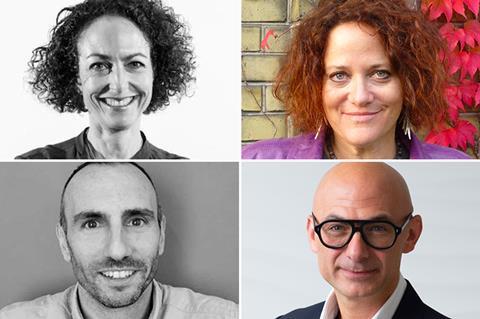 The next episode in our ScreenDaily Talks webinar series will take place July 1 at 15:00 BST / 16:00 CEST and will explore how independent filmmakers and producers can navigate through the fast-changing world of deals, contracts and business affairs.

The panel is in partnership with We Are UK Film.

The VoD platforms are having a huge impact on the film industry, not just with audiences but also by transforming the way film rights are bought and sold. What are the trends in sales for theatrical and VoD, how are minimum guarantees evolving, and what does every filmmaker need to know about contracts and rights? How do indie filmmakers navigate this complicated landscape?

The 75-minute session will include a live Q+A section when viewers are able to ask questions. Advance questions can also be sent to orlando.parfitt@screendaily.com. The webinar password will be emailed after registration, and the webinar itself will be available to watch on Screendaily.com after it has taken place.

Christos Michaels, partner and head of Film, Lee & Thompson
Christos Michaels joined Lee & Thompson in March 2006 where he specialises in structuring the finance and production for independent films and helping optimise exploitation models of evolving and established media. Prior to L&T, Michaels was the head of legal & business affairs at the Icon UK and International Group for a number of years and prior to that worked at Harbottle & Lewis.