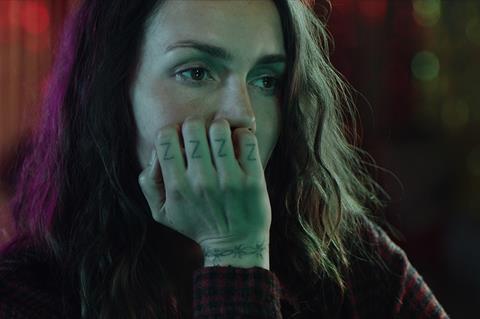 Shooting is underway in Iceland on Wolka, a rare Iceland-Poland co-production.

The 22-day Icelandic shoot started on August 6 in the Westman Islands. It will next move to Poland for five days of shooting, wrapping there in mid-September.

Wolka follows a woman, played by Olga Bołądź, who is released from a Polish prison and breaks her parole to try to find a woman in Iceland.  Janusz Cieciera, Eryk Lubos and Guðmundur Þorvaldsson co star.

“The feature is a first of its kind in Iceland - a story about, with and around the Polish minority in Iceland,” said Sagafilm producer and CEO Sigurðsson.  “We’re extremely happy to get the cameras rolling on this exciting project since earlier in August. We have had to adapt to stricter local Covid-19 regulations during the shooting, but thanks to our experienced production crew and talented cast it has not affected the production in large way.”

The. backers include the Icelandic Film Centre and Polish Film Institute. Monolith will distribute in Poland, with a scheduled launch in the second quarter of 2021.

Sagafilm’s credits include The Minister, Thin Ice and The Falcons. Film Produkcja’s titles include Mr Jones and Scaffolding.