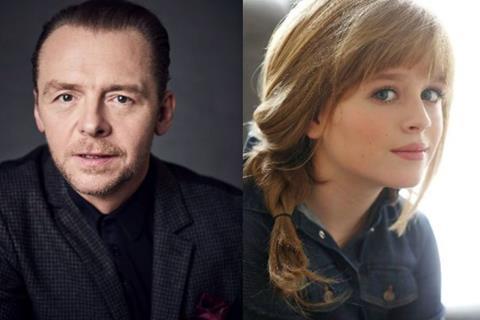 Simon Pegg and Lulu Wilson will star in action thriller Becky and Highland Film Group will launch sales in Cannes next week.

UTA Independent Film Group represents US rights on the story of a rebellious 13-year-old (Wilson, The Haunting Of Hill House) who goes with her father on a weekend getaway after her mother dies, and takes matters into her own hands when criminals led by Pegg’s character invade the lake house.

The film is described as John Wick in the form of a 13-year-old girl and is set to begin production this summer.

Wilson’s credits include Annabelle: Creation, Ouija: Origin Of Evil, and the Netflix series The Haunting Of Hill House, and HBO’s Sharp Objects. Upcoming projects include the films Wyrm and The Glorias: A Life On The Road, in which she will play a young Gloria Steinem alongside Alicia Vikander and Julianne Moore.

Pegg starred in Shaun Of The Dead, Star Trek, Mission Impossible, and Hot Fuzz, among others. His credits include recent Tribeca selection Lost Transmissions, and the upcoming Hump, Highland Film Group’s Inheritance alongside Lily Collins, and will lend his voice talents to the series The Dark Crystal: Age Of Resistance.