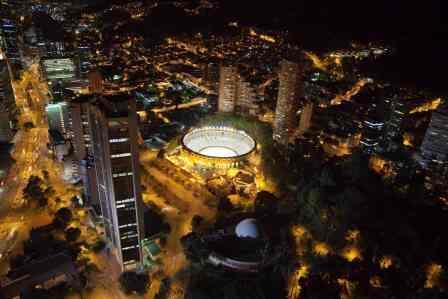 The comedy-drama, produced by Malta Cine, tells the story of an amateur ventriloquist who creates a puppet of his mother and puts on a successful show about their relationship.

Other screening winners were Marcela Lizcano’s Aislados produced by Proyección Films, which received the Cinecolor documentary prize worth $5,000; Anna De Jacques’ Toulemonde produced by Janus Films, which will be broadcast on RTVC and receives support in securing theatrical distribution; and the documentary feature Garras De Oro: Herida Abierta A Un Continente produced by Jhima, which picked up the Colombia Ambulante prize, guaranteeing its participation in the Ambulante Film Festival 2016.

Carlos Osuna’s The Contestant (El Concursante), about a queue of people duped into believing they will receive free pressure cookers only to then kick off a riot, was awarded the EFD Prize worth $20,000 in production services.

The drama, produced by Malta Cine, has already earned recognition at other markets and festivals, including appearances in Cannes 2015 Cinefondation Atelier and the Cartagena Festival’s ninth international Producers Meetings last year.

Produced by Gatoencerrado, the animation and live-action project follows two coinciding stories, one about a grandfather who loses his socks and the other about a sock that breaks free from the tradition of pairs and creates a revolution.