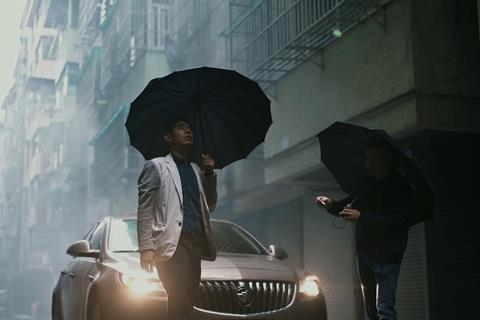 ‘Dwelling In The Fuchun Mountains’

The Singapore International Film Festival (SGIFF) has revealed the line-up for its 30th edition, which runs Nov 21-Dec 1.

There is no Singapore entry for this year’s feature film competition (unlike last year when A Land Imagined was named best film), but four out of 18 short films in the Silver Screen Awards’ Southeast Asian short film competition are from the city-state. These include animation Piece Of Meat directed by Jerrold Chong and Huang Junxiang and written by Eric Khoo, and Shoki Lin’s Adam, both of which premiered in Cannes Directors’ Fortnight and Cinefondation respectively.

To commemorate its 30th edition, SGIFF will close with a special presentation of Japanese Palme d’Or winning director Hirokazu Kore-eda’s The Truth on December 1. The special presentations section will also see British actress Joanne Froggatt walk down the red carpet for the gala of Downton Abbey as well as director Midi Z, actresses Wu Ke-xi and Hsia Yu-chiao from Taiwan for Nina Wu, a hot contender with eight nominations at the upcoming Golden Horse Awards.

This year’s honorary award will go to the master of Japanese cult cinema Takashi Miike, who will present his latest film First Love at Midnight Mayhem section, while Chinese actress Yao Chen will receive the Cinema Icon Award and will present Send Me To The Clouds, the first film she stars in and produces, in the new Filmmakers Present section.

This new strand will also showcase the early short films of Hong Kong filmmaker Pang Ho Cheung (who is also on the Asian feature film competition jury), and 2009’s Star Trek, with Barney Durman, an Academy Award winner for best makeup, talking to the audience about prosthetic effects.

They third Inspiring Woman in Film Award will be presented to Malaysia-born actress Yeo Yann Yann who shot to fame in 2013 Cannes Camera d’Or winner Ilo Ilo. She is nominated for best actress at the upcoming Golden Horse Awards for Anthony Chen’s Wet Season, which as previously announced will open SGIFF on November 21.

Along with Wet Season on the opening night at the Capitol Theatre, SGIFF will also present three short films it commissioned for the first time by Southeast Asian filmmakers, including Singapore’s Yeo Siew Hua, Indonesia’s Mouly Surya and Thailand’s Anucha Boonyawatana.

SGIFF is the longest running international film festival in Southeast Asia. It runs as part of the Singapore Media Festival (SMF) hosted by the Infocomm Media Development Authority of Singapore (IMDA).