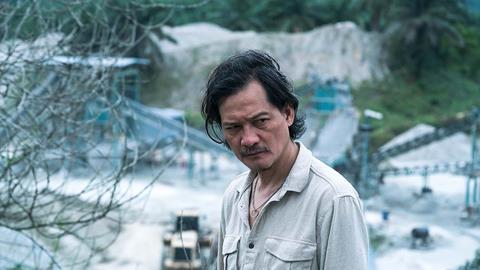 How Independent filmmakers in Southeast Asia are on the rise

Independent filmmakers in Southeast Asia face numerous obstacles, but a burgeoning network of support — such as film fund Purin Pictures — is fuelling growth and ambition.

Speaking at the Purin Pictures Round table industry event in Bangkok in July, Monster Jimenez, a producer from the Philippines, outlined some of the obstacles facing Southeast Asian independent cinema. She said that when it comes to accessing funding or distribution, films from Southeast Asia are often lumped together as a genre, forced to compete for the same limited resources, despite the diversity of content emerging from around 10 film-producing nations across the region.

“I’ve had a hard time convincing sales agents that my film was a hip-hop film, not a Southeast Asian film,” said Jimenez, who produced Treb Monteras’s Respeto, about the friendship between a young rapper and an older poet. “My hope is that five years from now, every film we make can stand alongside those from Japan, Korea and France and get the same crack at the funding. It feels like we’re competing with the rest of the world but we’re always at a disadvantage.”

That’s a challenge Bangkok-based Purin Pictures is keen to tackle. Launched in 2017 as a film fund, it provides grants to around 10 film a year from the region, along with supporting film-related events such as Vietnam’s Autumn Meeting and SeaShorts Film Festival in Malaysia. Round Table was launched this year in partnership with Bangkok ASEAN Film Festival to explore the issues facing the industry through panels, workshops and spotlights.

“We’re modelled after non-profit funds like [Rotterdam’s] Hubert Bals and [Busan’s] Asian Cinema Fund (ACF), which started out as film festivals and created a fund later,” explains Aditya Assarat, who manages the fund with fellow Thai filmmaker Anocha Suwichakornpong. “So after two years, we felt we needed a tentpole event in Bangkok to have more of a physical presence and let people know who we are.” 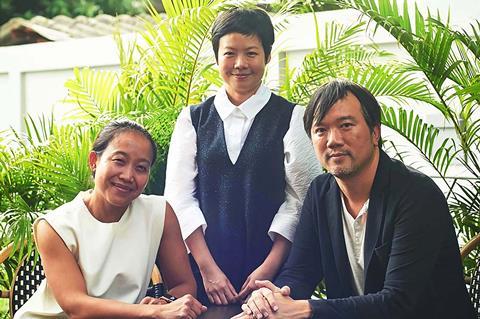 On the funding side, Purin Pictures hands out 10 grants in two funding rounds per year, split between production grants of $30,000 and post-production grants of $50,000 in services provided by Bangkok-based White Light Post. It has supported award-winning film such as Marlina The Murderer In Four Acts, directed by Indonesia’s Mouly Surya, which premiered in Directors’ Fortnight at Cannes in 2017 and won the grand prize at Tokyo Filmex, and Manta Ray, from Thailand’s Phuttiphong Aroonpheng, which won best film in Venice Horizons last year.

Purin Pictures is not aiming to support films that are a sure bet on the festival circuit, but to discover and nurture new talent in Southeast Asian indie cinema. The fund is an initiative of the Purin Foundation, a Thailand-based private foundation headed by Visra Vichit-Vadakan, the granddaughter of playwright and politician Luang Wichitwathakan, and herself a filmmaker with credits including 2013 docudrama Karaoke Girl.

Initially, the foundation focused on educational and social development projects, but Visra decided to take it into cinema and brought in Anocha and Aditya to manage the fund. “I felt we needed to create a space for storytelling in this region, and support these young voices so they can present their own perspective,” says Visra, who splits her time between the US and Bangkok. “We’re not a huge fund, but we thought it would be too narrow to only think nationally, so we decided to open it up to the whole of Southeast Asia.”

“There’s a lot of creativity in the region, but not much government funding,” adds Anocha. “Some of the funding for art film is coming from patrons of the visual arts, but that kind of support is still quite small.”

Before Purin Pictures was launched, Southeast Asian filmmakers would mainly apply to Hubert Bals and ACF. “But those funds are handling the entire world or all Asia,” says Aditya, “so it’s very competitive and very few new talents were getting funded.” Adding an extra dimension to the support of under-represented voices in the region, Purin Pictures earmarks at least one grant per funding round for a first or second-time female filmmaker.

It’s certainly true that, with the exception of Singapore, Southeast Asia is not exactly awash with either private or government funding, and the subsidy programmes that do exist change format frequently, and in some years don’t provide any funding at all.

Singapore has the most comprehensive government support system in the region, managed by the Singapore Film Commission (SFC), which provides funding at all stages of a filmmaker’s career from film school and short film to first features and beyond. The results can be seen through a string of recent awards for Singaporean films such as Kirsten Tan’s Pop Aye, Boo Jun-feng’s Apprentice and Yeo Siew Hua’s Locarno 2018 Golden Leopard winner A Land Imagined.

SFC is now looking further afield by launching a co-production grant for filmmakers from across the region, which will offer up to $184,000 (s$250,000) per project. Qualifying projects must involve a Singaporean producer and half the grant must be spent in Singapore. The Korean Film Council (Kofic) is also currently exploring the establishment of a pan-regional initiative that would support Southeast Asian cinema. But until those programmes are up and running, there’s not much else out there in the region at a government level.

Another initiative of Purin Pictures is a long-term research project, SEAStudy, which aims to compile data year to year and present a comprehensive picture of the health of the Southeast Asian independent film industry. The first edition of the report, based on films that world premiered in 2016, reveals how dependent the industry currently is on Europe for both distribution and funding.

Among the 122 Southeast Asian indie films made during this period, around one third were international co-productions, mostly with France, Germany and Qatar (reflecting the work of Doha Film Institute). Around 62% of these films were funded with so money from local sources, with 12% gaining support from international film funds. When it came to international distribution, Europe was by far the biggest export market, accounting for 35% of sales by territory, followed by Asia and the Middle East.

The report also found that while 76% of these films received a local theatrical release, roughly 60% were only released in one to 10 cinemas. “For us filmmakers in Thailand, a theatrical release is more for the heart than for revenue – our market is Europe with other bits here and there,” Adita says.

While the economies and, in some cases, the box office of Southeast Asian nations are growing, this is a situation that isn’t likely to change any time soon. With the exception of Indonesia and Vietnam, which are growing from a very low base, box office across most of the region is relatively flat and the space for films that are not mainstream local or Hollywood titles remains a tiny sliver.

“It’s a tough business, not only within your own country, but also due to changes happening at a glob- al level,” says Aditya. “Thailand’s box office is not doing great — we have 70 million people, but purchasing power is not high, and only 2 million can afford to buy tickets. On top of that, there’s this global shift to streaming that’s also affecting us. It’s di cult to say whether this is a local or global issue, or perhaps both.”

The next step for filmmakers could be to explore streaming platforms. Netflix is competing with several regional services, including iflix, Viu and HOOQ, who are all investing in local-language content. But it remains to be seen where that leaves Southeast Asian arthouse cinema. According to SEAStudy, indie films from the region are being made on an average budget of $330,000, but only earning around $32,000 per film from SVoD platforms.

While a regional market is yet to emerge, what is changing is a growing network of Southeast Asian labs and workshops and a community of filmmakers who are working across borders. “We have people like Lee Chatametikool, an editor who is working across the whole of Asia and beyond, and Thai DoP Chananun Chotrungroj, who worked on [Vietnamese director Ash Mayfair’s] The Third Wife,” says Anocha.

This is happening despite the huge cultural, economic and linguistic differences between countries, and the fact the region’s star systems remain distinct — there are very few Thai stars, for instance, that would draw an audience even in neighbouring Malaysia.

“It’s been great to see on our panels that there is already a network of people — and events like this are just fuelling it, it’s not like we’ve had to build it ourselves,” says Visra. “There’s a camaraderie in the region that already exists.”