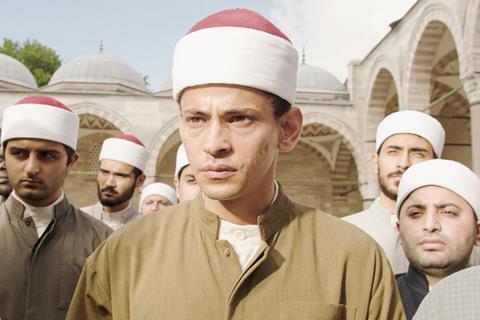 Tarik Saleh’s Boy From Heaven has been selected by Sweden as its submission for the best international feature Oscar race.

Boy From Heaven world premiered at this year’s Cannes Film Festival in Competition where it won the best screenplay prize. It is due to screen at the upcoming BFI London Film Festival (Oct 5-16) and will open the Stockholm International Film Festival in November.

The film was chosen by the Swedish Oscar committee jury over a three-title shortlist that included I Am Zlatan directed by Jens Sjögren and Magnus Gertten’s Nelly & Nadine.

Set in Cairo, Saleh’s political thriller is about a fisherman’s son who is thrown into a brutal power struggle between Egypt’s religious and political elite.

Saleh previously won the grand jury award at the 2017 Sundance Film Festival for his feature The Nile Hilton Incident.

Sweden has submitted a total of almost 100 films for Oscar contention since 1956. Its most recent nomination came in 2014 for Ruben Östlund’s Force Majeure while Ingmar Bergman’s Fanny And Alexander was the country’s last winner in 1983.