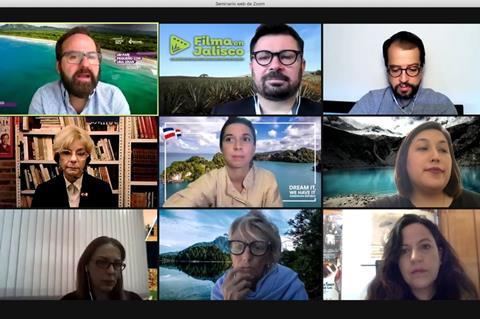 Latin American film commissions were urged at an EFM virtual conference this week (Mar. 2) to take steps to achieve greater empowerment and sustainability in their local industries.

Aizenberg, a consultant to the LAFCN, which convened for the first time outside the auspices of a Latin American festival or market, called on commissioners to engage in meaningful dialogue with the public and private sectors to stimulate inward investment through a vibrant entertainment sector.

The session, called ‘Safe Shooting In Latin America and Caribbean’, also saw the return of the Uruguay Film Commission for the first time in two years, represented by Valentina Prego.

Uruguay, buoyed by a stable economy and a government supportive of the arts, has become a popular production hub, with a number of Argentinian producers making the short journey across the River Plate estuary that separates the countries to shoot film and TV projects.

Film commissions in the region have teamed up to develop film-friendly zones and share intelligence on Covid-safe production protocols during the pandemic.

LAFCN membership expects to deliver updates on action plans to implement sustainability at its next meetings in the coming months.