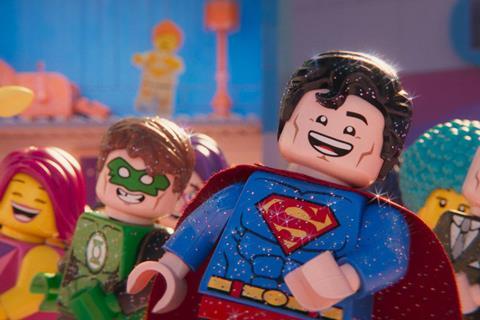 The LEGO Movie 2: The Second Part retained its lead at the top of the UK box office chart in its second weekend, dropping 39% with takings of £2.5m. That puts the film on £7.4m so far. In comparison, the original The Lego Movie added £6m in its second weekend and was on £21.9m at this point.

However, this week is UK schools’ half term holiday, which should boost mid-week takings of the LEGO sequel, meaning it could still have good legs.

Instant Family, the Mark Wahlberg and Rose Byrne comedy, opened in second place in the chart with £2m from 536 sites, an average of £3,708. With previews, the film’s total UK bow is £2.5m. Wahlberg and Byrne both have had previous comedy successes in the UK: Wahlberg’s Daddy’s Home 2 grossed £14.4m after a £4.9m bow, while Byrne’s Bad Neighbours opened with £8.4m and ended on £16m.

How To Train Your Dragon: The Hidden World is up to £11.5m in the UK after adding £1.6m in its third weekend. That leaves it still some way behind the £17.3m and £25.5m totals posted by the franchise’s previous two films.

In its second weekend, Alita: Battle Angel dropped 42%, with £1.4m taking it to £5.7m to date. Despite its struggles in the US and UK, the film has been boosted by its international takings.

The King Who Would Be King, the Joe Cornish-directed family film from UK outfits Big Talk and Working Title, opened in a disappointing sixth place this weekend. The release took £625,758 Fri-Sun, with previews taking it to £665,491. It played in 494 screens, making for a poor-looking site average of £1,274. The film is also struggling globally, taking $23.1m (£17.9m) to date.

Dragon Ball Super: Broly has become the second-highest-grossing anime release in the UK ever, taking a little over £1m to date to leave it only behind Studio Ghibli’s Spirited Away (£1.1m). The Japanese film is the twentieth feature instalment in the Dragon Ball franchise.

Jellyfish, the UK debut feature that was a critical success last year after launching in Tribeca, was released in the UK this weekend, taking £11,504 including some previews. The film played limited showings on seven screens and is now looking to expand.

Mektoub, My Love took £3,624 this weekend from eight sites.