'Those Who Work', 'Chris The Swiss' win three each at 2019 Swiss Film Awards 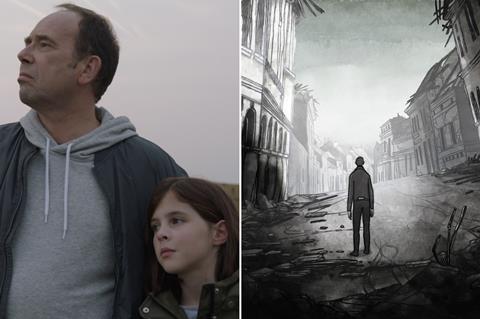 ‘Those Who Work’, ‘Chris The Swiss’

Those Who Work and documentary Chris The Swiss were the top winners at the 2019 Swiss Film Awards in Geneva on March 22, with three prizes each.

Antoine Russbach’s fiction feature debut Those Who Work took best fiction film, best screenplay and best performance in a supporting role for Pauline Schneider. The film, which premiered at Locarno 2018, is a socio-critical drama about the contemporary working environment.

Anja Kofmel’s Chris The Swiss, which launched at Critics’ Week at Cannes 2018, received best documentary film, best film score and best film editing. The animated film investigates the mysterious circumstances that led to the death of the director’s cousin during the Yugoslav Wars.

Beki Probst, founder former head of the European Film Market in Berlin, received the honorary award in recognition of her work as ‘a culture mediator of international calibre.’