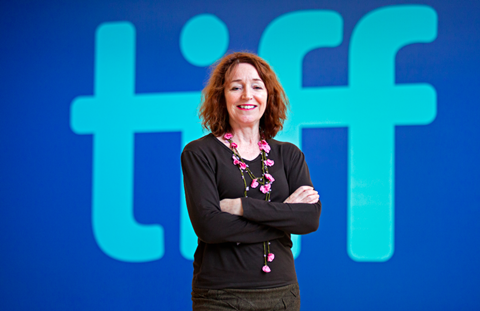 TIFF industry office director Kathleen Drumm has hailed the number of sales during Toronto for festival and out-of-festival films.

“We track a cluster of the main industry players who do that business and we saw business happening on and off the red carpet,” Drumm told Screen. “Buyers and sellers were not just selling films at the festival but also projects off promos and completed films outside of the festival.”

Drumm noted the sales continued to trickle in well after Toronto concluded on September 17 and spoke to Screen in the week when Byron Allen announced a deal on Hostiles and Bleecker Street took On Chesil Beach.

Noting that amounts paid were “realistic”, Drumm added: “We may have seen a bit of a market correction in terms of the money that was being paid. Netflix paid $12.5m at Sundance for Mudbound but during TIFF there were sales in the $4-5m range.”

New players were out in force. Allen’s Entertainment Studios picked up festival selection Chappaquiddick for $4m plus a $16m P&A commitment, completed Keanu Reeves sci-fi Replicas outside the festival for $4m, and the aforementioned Hostiles.

Micah Green and Dan Friedkin’s 30WEST bought Beast, which was one of the stand-out films in Platform, and joined Neon in a $5m North American deal for I, Tonya. Wearing its sales agent hat, 30WEST licensed worldwide rights on Morgan Spurlock’s Super Size Me 2 to YouTube Red.

Drumm noted that while it was not paying the sums seen at Sundance, Netflix was active, acquiring Jim And Andy for $3m and Long Time Running, as well as out-of-festival title Anon for $4m.

“There’s a broad mix of genre being bought inside and outside the festival. Of the non-festival projects, more than 50% were heading towards genre – thriller, horror, sci-fi like Replicas and Anon, which had big numbers attached to them,” Drumm said.

Toronto saw significant international sales on, a rising trend in recent years. Among hot titles to sell were Hannah, Sweet Country, and Peelers. “What TIFF does is it acts as a very strong platform that can elevate a release in its home country,” Drumm said. “And increasingly there is more and more media activity happening around those films at TIFF so that sellers can bank that media used in releases and support distribution partners around the world.”

She added there were 5,690 registered industry at this year’s event, not counting media, filmmaker and actors. “There’s a desire for more customised service [from Toronto staff] and that’s an area we’re looking at more closely to see how we can provide that.” One such service was online ticketing, which was a feature of the festival for the first time and drew an “overwhelmingly positive” response from attendees.

A Dying King: Shah Of Iran / documentary / Caru Pictures – US, Vision Films – rest of the world

Day Of The Dead (zombie remake) US / Saban Films

The Art Of Self Defense / dark comedy / Bleecker Street / worldwide

The Man From Earth: Holocene / sci-fi / Parade Deck Films / US