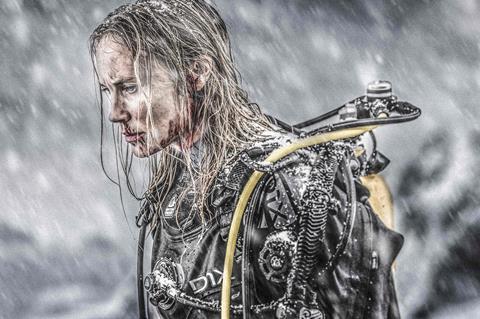 Moa Gammel and Madeleine Martin star in the story of Swedish/Norwegian half sisters who go on a winter diving trip in Northern Norway, when they get trapped after a rockslide.

Breaking Surface is shooting at Lites studios in Flanders at the world’s deepest water tank; it is the first film to shoot there.

After Belgium, the film will shoot in Strömstad, Sweden; Lofoten, Norway; and Göteborg, Sweden. It wraps in mid-March.

Nordisk Film will distribute in Scandinavia with the theatrical launch planned for the end of 2019.

Silje Nikoline Glimsdal, sales & project manager at TrustNordisk, said, “We are thrilled to be able to present Breaking Surface in our EFM 2019 line-up. This is a classic race-against-the-clock story set in spectacular underwater surroundings.”

Hedén’s past features are 10.000 Timmar , Framily and New York Waiting.