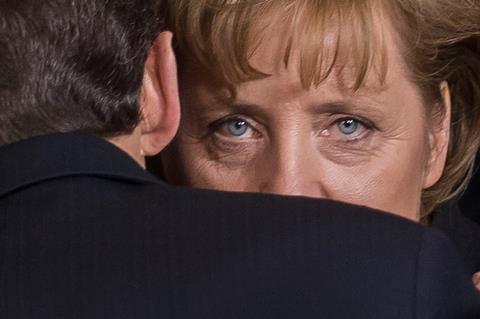 A further nine UK-international co-productions are set to receive a share of £1.32m from the £7m UK Global Screen Fund (UKGSF), administered by the British Film Institute (BFI).

The £7m fund was launched in April by the Department for Digital, Culture, Media and Sport (DCMS), initially as a one-year pilot initiative to boost international development and distribution opportunities for the UK’s independent screen sector following the UK’s withdrawal from the EU.

The BFI confirmed the scheme’s renewal at the end of November, with a further three years expected.

Countries that the UK will partner with thanks to this share of £1.32m funding include China, South Africa, Chile and Argentina.

The UKGSF is divided across three strands: co-production, distribution and business development. According to a statement from the UKGSF, the co-production strand’s aims include “increasing their [UK producers] ability to reach international audiences, creating more skilled jobs, and boosting the long-term reach of UK content on a global scale.”

Previously announced grant recipients are My Happy Ending, a UK-Israel official co-production starring Miriam Margolyes and Andie MacDowell, which has recently wrapped production in Wales, and The Coop Troop, a UK-China-France animated co-production, which is now in the principal animation stage in Northern Ireland.

In an effort to further bolster the international impact of UK film, television and video games, the UKGSF has supported the development of new branding to promote UK screen content around the world under a single banner. ScreenUK will launch as a digital brand over the coming months and be promoted internationally.

Today’s announcements come following research commissioned by the DCMS and the UKGSF that showed the influence UK film and TV have in influencing positive international opinion of the UK and attracting global viewers to visit the country.

The research across 15 international territories suggested that 70% of global audiences recognise “Britishness” as a mark of high-quality, and 66% of people who have previously been to the country said that seeing British locations and landmarks in film or TV influenced their decision to visit.

The Miracle Club
Dir: Thaddeus O’Sullivan
An Ireland-UK official co-production under the European Convention, starring Maggie Smith, Kathy Bates and Laura Linney; produced by Chris Curling of Zephyr Films with Irish producer ShinAwil and funding from Screen Ireland; executive produced and sold by Embankment Films, which has pre-sold 15 territories, including Lionsgate in the UK and Ireland and Transmission in Australia and New Zealand.

The Tutor
Dir: Alice Troughton
A Germany-UK official co-production through the European Convention, produced by Camille Gatin of Poison Chef and Cassandra Sigsgaard of Jeva Films with German producer Judy Tossell of Egoli Tossell Pictures and funding from German regional funds, in association with Film Constellation.

Drift
Dir: Anthony Chen
A UK-France official co-production by Fortyninesixty Films and La Cinéfacture with Greek producer Heretic Films participating as a third party co-producer, as well as Cor Cordium in the US. Principal photography begins in the UK in March 2022.

The Settlers
Dir: Felipe Gálvez
Produced by Emily Morgan of Quiddity Films in the UK, in an unofficial co-production with Quijote Films in Chile, Rei Cine in Argentina, Cine-Sud in France and Snowglobe in Denmark; funding secured from INCAA, CNCA and CNC Cinema Du Monde, and is also supported by IBERMEDIA and the TorinoFilmLab; sold by mk2 Films.

Bring Them Down
Dir: Chris Andrews
A co-production through the European Convention between the UK, Belgium and Ireland. It is co-produced by Stray Bear Productions, Frakas and Tailored; Mubi, Screen Ireland and BAI (Broadcasting Authority Ireland) are all contributing to the finance of the film.