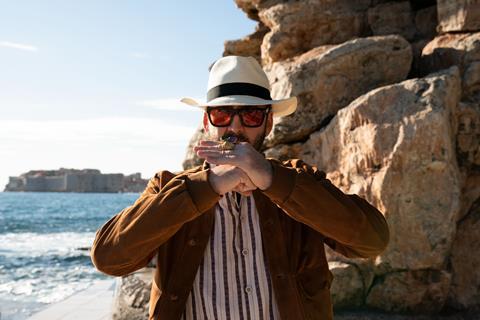 ‘The Unbearable Weight of Massive Talent’

It is a fairly quiet week for openers at the UK-Ireland box office, with Lionsgate’s The Unbearable Weight Of Massive Talent the widest release, opening at 563 locations, and the chief contender for making a dent in the top five.

The action comedy sees Nicolas Cage – who is also a producer on the feature – play a fictionalised version of himself, with the actor teaming up with the CIA stop a Cage superfan who may also be the dangerous head of a cartel. Tom Gormican directs, and has co-written the screenplay with Kevin Etten. The SXSW premiere also stars Pedro Pascal, Sharon Horgan, Ike Barinholtz, Alessandra Mastronardi, Jacob Scipio, Lily Sheen, Neil Patrick Harris and Tiffany Haddish.

Festival favourites Happening and Playground are also out this weekend. French director Audrey Diwan’s Happening, which won the Golden Lion at Venice and for which Diwan received a Bafta nomination for best director, tackles illegal abortion in 1960s France, through the eyes of a desperate student played by Anamaria Vartolomei. It will play at 37 sites through Picturehouse.

Cannes Un Certain Regard 2021 title Playground is being released by New Wave at 17 sites. Belgian director Laura Wandel’s debut feature is set in a Belgian playground, where a young girl is troubled by witnessing her big brother being bullied.

CinemaLive will release Northern Ballet’s Merlin from Sunday on 150 screens. The ballet was filmed at Leeds Grand Theatre in November 2021 in front of a live audience, and is inspired by the story of the mythical wizard, with choreography from Drew McOnie.

In the documentary sphere, Giuseppe Tornatore’s Ennio, which celebrates the life of late Italian composer Ennio Morricone, will be released by Dogwoof at 16 locations. Tull Stories plays The Wall Of Shadows at seven sites – a documentary filmed in Nepal from the perspective of a Sherpa family, who break with local tradition by taking part in an expedition to the sacred Himalayan mountain Kumbhakarna.