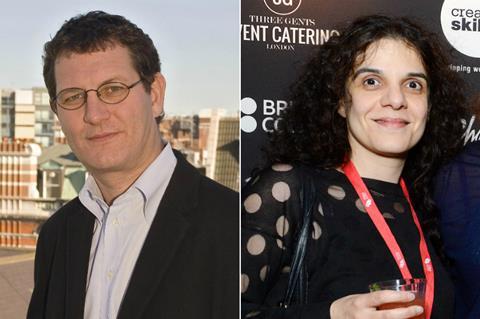 Seghatchian, a producer and former BFI and UK Film Council executive, and Woodward, formerly director of the BFI, CEO of the UK Film Council and managing director of Arts Alliance, set up London-based film and TV outfit Brightstar in 2017 with a focus on programming for the European and global market. Brightstar is presently executive producing Netflix’s Kaos from The End Of The F***ing World creator Charlie Covell.

Seghatchian’s credits include developing and producing the first four films in the ‘Harry Potter’ franchise for Heyday Films and Warner Bros. She also executive produced Netflix’s The Crown and produced Pawel Pawlikowski’s Cannes prize-winner Cold War in 2018. She is now producing Jane Campion’s feature Power Of The Dog for which Netflix has bought worldwide rights.