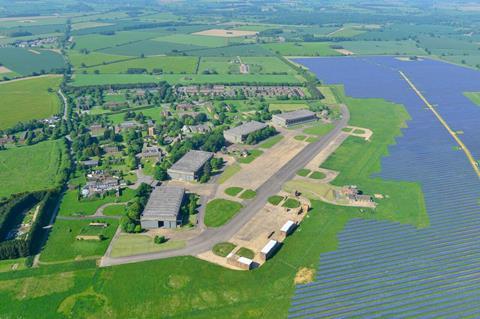 The Raynham Hangar Studios facility in Norfolk, which housed the 2017 shoot of Joanna Hogg’s The Souvenir, and Hogg’s The Souvenir Part 2 this year, has revealed a three-year expansion plan after securing £5m in private investment.

The site’s main studio space, a 45,000 sq ft hangar, was purchased by a private investor in March this year for £3.5m, with a further £1.5m signed off in October to be used for upgrading 20 surrounding units to be used for production offices and other film production activity.

Studio director Crispin Buxton oversaw raising the finance for the development. He previously worked as a location manager on The Souvenir, as well as Yesterday and The Personal History of David Copperfield. He also runs production services outfit The Norfolk Film Company.

The most recent project to film at the site was a pilot for a large scale BBC series, with a view to returning should it be commissioned. The studio is also in advanced stages of negotiations with significant UK producers on a feature film with an A-list cast, and is also in early negotiations with a US network on a major series following initial scouting visits.