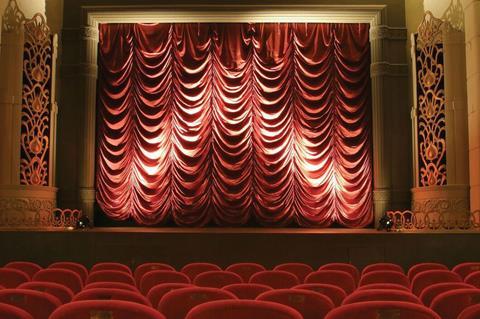 Urgent financial support is required to save the film and television sector in Europe, according to a consortium of 51 organisations and companies.

The Joint Film and Audiovisual Sector Covid-19 Statement has been published today ahead of a video conference of EU ministers of culture and media, who are set to discuss the impact of the coronavirus pandemic on the creative industries.

The statement calls for “urgent action by EU and Member State decision-makers” to offer immediate financial support, in line with emergency measures announced on a national level by film funds and other bodies.

Signed by organisations including the International Union of Cinemas (UNIC), the statement makes a plea for “urgent financial support now and in the months to come to safeguard the existing film and audiovisual eco-system and the future of the sector in Europe, which is suffering grievously because of valid social distancing measures and related societal consequences.”

“The crisis in our sector will be felt way beyond the confinement period,” it warned.

Organisations and companies that have signed the statement include the European Coordination of Independent Producers (CEPI); the Federation of European Film Directors (FERA); independent film distributor network Europa Distribution; and both the international federation of film distributors and film producers, FIAD and FIAPF.

Restrictions imposed by governments to curb the spread of the virus has seen cinemas closed around the world, while film and TV productions have ground to a halt as social distancing measures the shooting of projects.

On a national level, financial support has been offered from the likes of the UK’s Covid-19 Film and TV Emergency Relief Fund, which announced today it has raised £2.5m ($3.1m) to support the local creative community.

But this new statement calls for support on an EU and Member State decision-maker level.

“We are facing a profound crisis for creativity and culture in Europe – for businesses and for individuals,” said the statement. “Our sector is at the heart of Europe’s cultural, creative and social identity and a key contributor to the European economy and employment; immediate intervention is therefore crucial and indeed strategic for European and national unity going forward. Without a firm commitment from European and national leaders, the film and audiovisual sector in Europe will not recover from the unprecedented impact of the health crisis.”

It further warned of the impact to the sector even after lockdown measures are lifted. “The negative impact will not stop when normal activities resume in our societies; rather it will continue through the medium- to long-term due to the long development/lead time nature of the sector,” the statement added.

“Although gathering around screens at home has contributed to a sense of unity during the crisis, this has not stopped the current wave of mass job and income losses in the film and audiovisual sector, nor will it translate into recovery of investments, simple resumption of interrupted production, exhibition or distribution activities, or indeed funding for development of future projects.”

It follows a statement, released yesterday, by the Global Cinema Federation which called for a “collective response” to the massive financial losses and personal hardship of employees as tens of thousands of screens have been forced to close worldwide.

The GCF – a worldwide group of cinema operators and trade bodies – said it was “committed to working with national and international institutions and partners through the weeks and months to come to ensure that cinemas survive this testing time and once again become the vibrant home of culture and community that they always have been.”