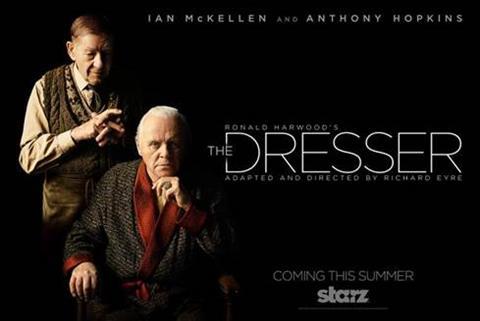 Starz will premiere its first movie for television, Richard Eyre’s adaptation of Ronald Harwood’s acclaimed play The Dresser starring Ian McKellen and Anthony Hopkins, on STARZ on May 30.

The film will also be made available simultaneously for STARZ subscribers on STARZ PLAY and STARZ ON DEMAND in the US.