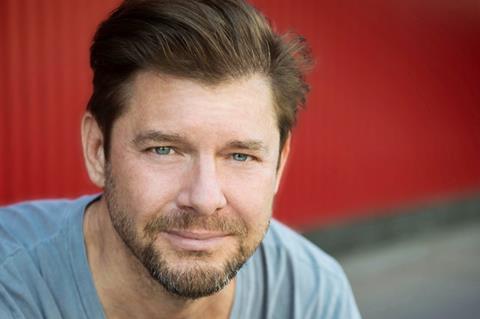 He arrives at a busy time for the company, whose After We Collided is in release and has been a success story for the independent marketplace, earning close to $50m so far from an international run during the pandemic.

The third and fourth films in the YA After franchise are currently shooting in Eastern Europe. The AFM sales slate includes Reagan starring Dennis Quaid as former US president Ronald Reagan, and the pipeline includes Robert Lorenz’ action-thriller The Marksman starring Liam Neeson and horror thriller The Seventh Day starring Guy Pearce.

“Marketing has played an integral role in driving our biggest successes here at Voltage and we’re thrilled to have someone of Robert’s calibre leading the charge on our upcoming slate,” said Deckter. “He has overseen some of the most prolific, successful indie campaigns of the last decade and this experience will no doubt take our shared successes with our international partners to even greater heights.”

“I’m impressed with Nicolas [Chartier, Voltage CEO and Jonathan’s continued ability to produce and deliver highly commercial films with A-level talent, even experiencing great success in the current climate where it might have been expected that indie films would take a hit,” added Burke.

“They’re also true champions of those smaller, niche films that deserve a wider audience. It’s a passion of mine to create and execute campaigns that shine a light on these special films, so I really look forward to bringing this skillset to the Voltage slate.”

Among Burke’s campaigns with Ten One Entertainment are Ron Howard documentary The Beatles: Eight Days A Week - The Touring Years, as well as Rush, The Ides Of March, A Walk Among The Tombstones and End Of Watch.

At Lakeshore he worked on Million Dollar Baby, the Underworld franchise, Lincoln Lawyer, Runaway Bride, The Human Stain and The Mothman Prophecies, among others.

He was also executive producer on the Netflix manga comic adaptation Warrior Nun, which is in pre-production on the second season.